PARADISO is a poetic name for the work of Art that refers to the origin of the phenomenon Berceau. In the past they used to get all sorts of names that speak to the imagination and appeal to a kind of romantic feeling. PARADISO is a reference to heaven, translated into a physical form: a canopy of Virginia Creeper.

The word PARADISO will in large letters to be mounted in entrance and exit of the Berceau. The letters are made of high reflective material so that the letters light up easily in the dark by a bicycle lamp.


The characteristic of this creeper is its ability to extreme change of color. PARADISO is a work of art that transforms continually in his presence at the winter it is a spectacular red sculpture. In summer, an invitation for cooling.

The artwork is also a residence for passers-by and people walking their dogs or who have an appointment.


PARADISO is an Artwork that is constantly transforming…………… 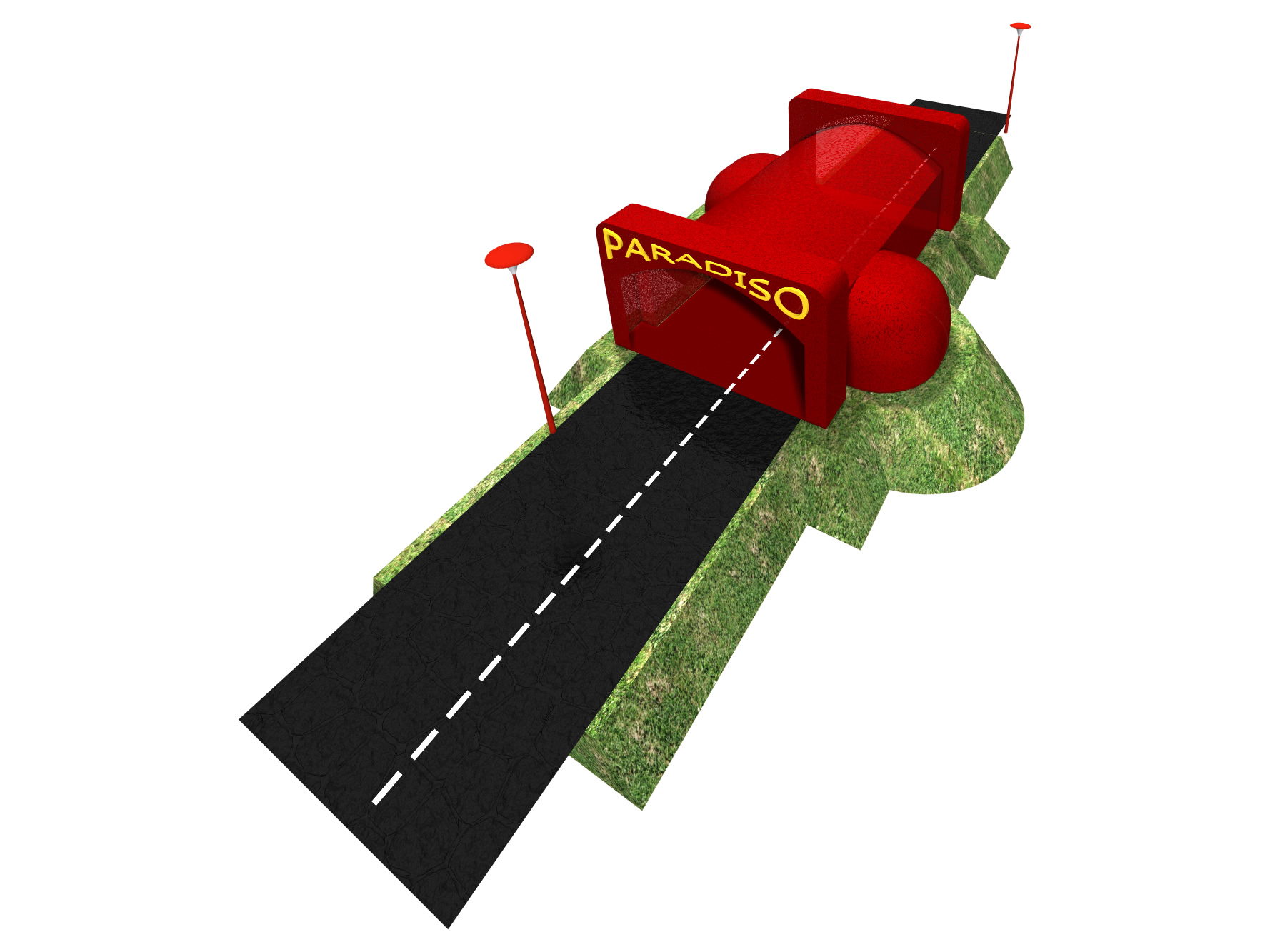