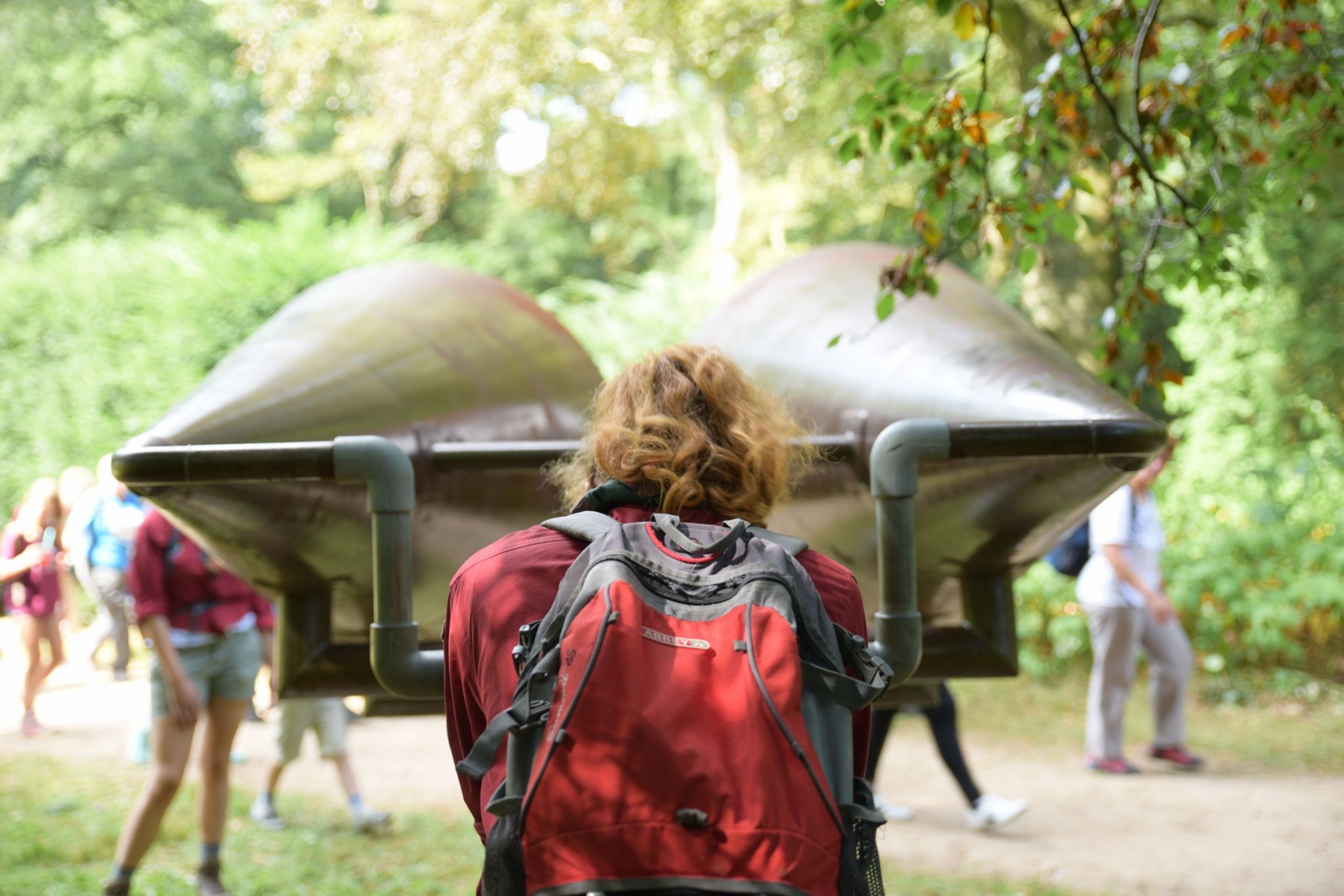 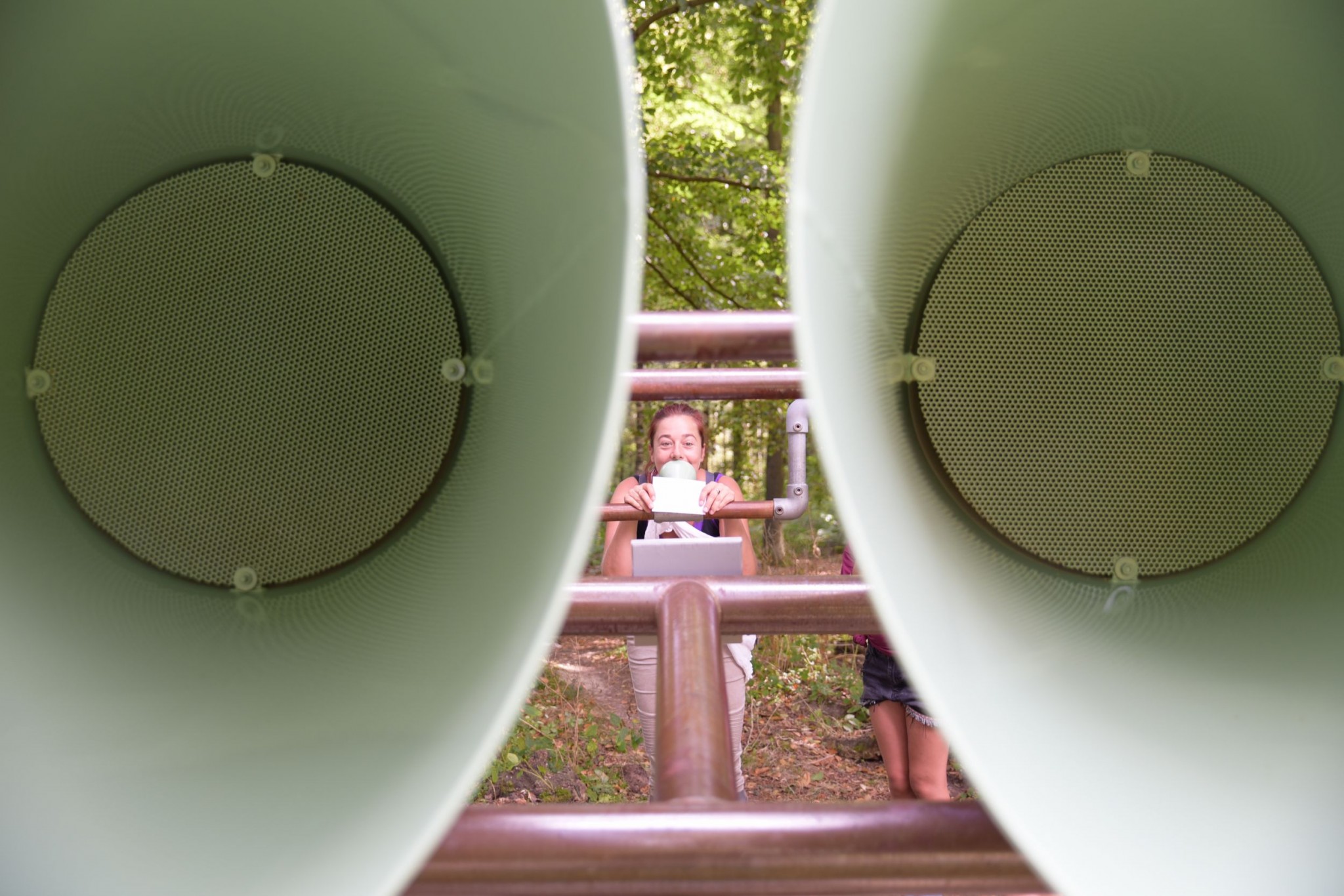 Anruf is an installation for the public space in which freedom of expression plays a central role. The installation resembles a kind of big speakers corner.

The voices you hear are the voices of people participating in the Annual Airborne walk.


Anruf introduces a new language: Europanto. This language is invented 20 years ago, conceived and implemented by Diego Marani, an Italian interpreter employed by the European Community in Brussels. In his own words: …… “With Europanto I also want to show that one can play with language. Today, we are too much a prisoner of our own grammar. Languages ​​have always been a mixture of other languages. To speak Europantos, ‘basta tu to mix Allos parolas to understand from differente languages ​​et voilà que tu esse perfect. In Europanto esiste keine mistake …. That’s the game. We can all speak Europanto. ”

Anruf attempts to once again draw attention to the initial freedoms. This in a language that belongs to everyone, has to be learn all over again, but the basics of the language is understandable for everybody.

In using the language everybody is equal. The language belongs to nobody. Everyone can express a similar, civilized way. Europanto.

They also get a postcard with a text then one could use when using the installation Anruf. The text on the card is the Charter of Fundamental Rights of the European Union with regard to freedom of expression. The text is in Europanto. 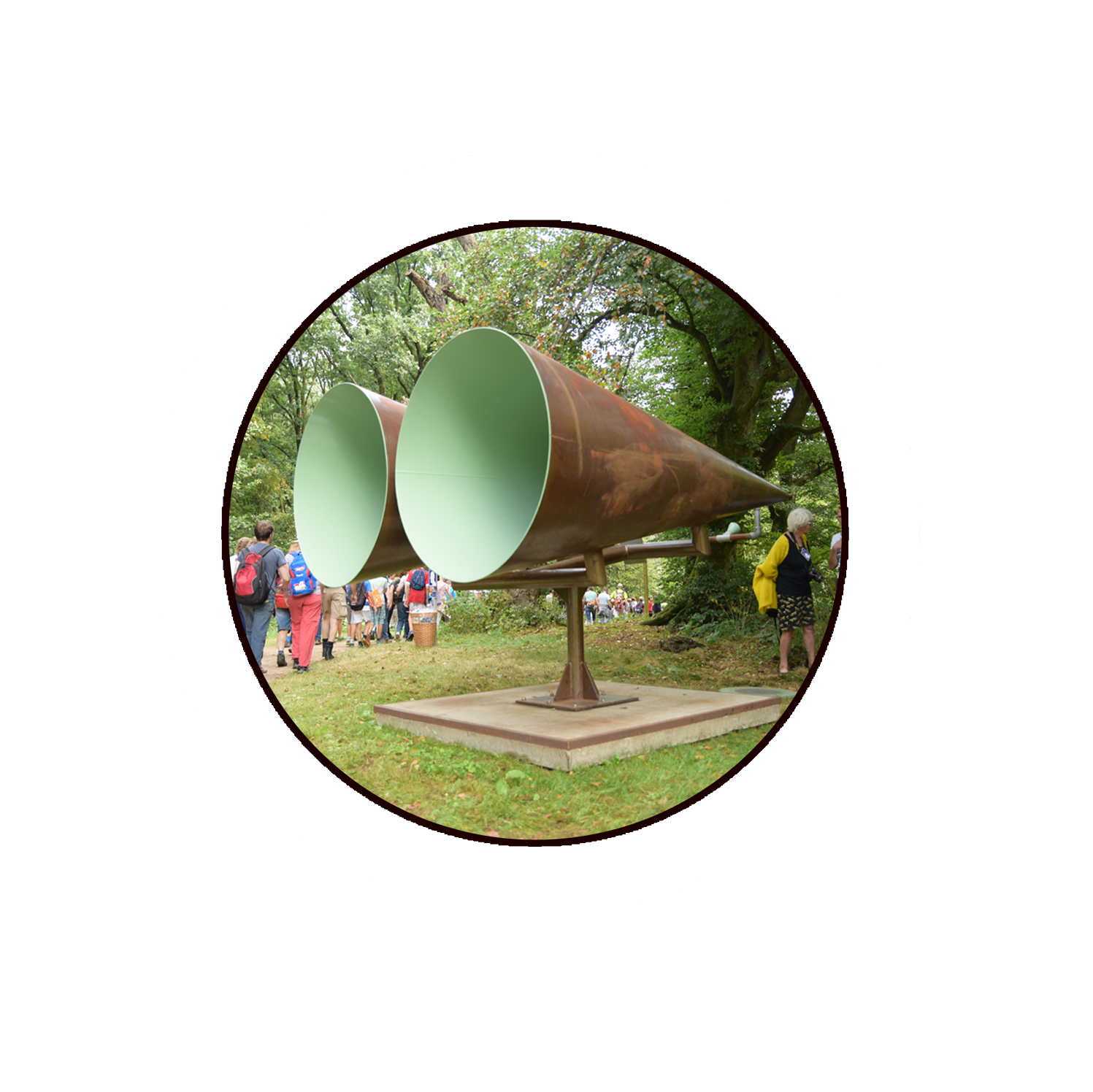